#21
Pics look awesome! We will have to make a trip out there.

SUPPORTER
#22
Thanks guys, I'm going to try to load some more at lunch today.

SUPPORTER
#23
It cleaned up better than I thought it would! 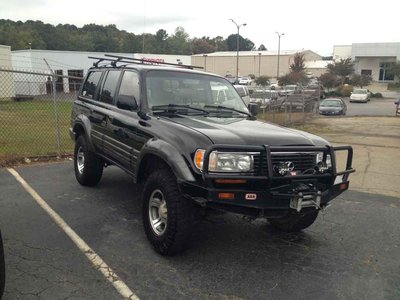 #24
Yeah, I am finding more and more damage from the weekend lol

Rudy00 said:
Yeah, I am finding more and more damage from the weekend lol

Joey coming up the crack in his toyota

The view right as you get to the top

This is such an awesome rock outcropping, it sucks that people have painted it.

we spent some time climbing around the rocks

view from midway up the rock

After coming back down we all stopped at a local recreation area on the lake and had Lunch. Ken had found a trailer and was going to be staying behind. After lunch we motored on.

On the road again

in many places we went it barely looked like fall

we had just hit gravel again when I heard over the CB that something was up with Crystal's jeep.

We checked under the rear of the jeep and found that the rear aftermarket trackbar bracket had ripped off. By some stroke of luck Marcus and Tripp noted that we had just past a shop with a bunch of guy standing outside with jeeps parked around. So we sent two jeeps back to see if we could get it welded up at their shop. About 20 minutes later we heard on the CB that they got it fixed and were on their way back up the road. Only 30-40 minutes lost on that fix. Not bad at all.

SUPPORTER
#28
you didnt even mention the sweet swimming hole...everybody was a wuss and wouldnt swim in the cold mountain lake with me...i swear that geocache was in there somewhere

back on the trail

Crystal making her way up the trail

Somehow Jimbo managed to get his cruiser stuck and break off his exhaust in a mud hole, luckily he had a battery powered sawzall packed in the back.

It was getting late and we started looking for campsites. We were a bit behind schedule but having tons of fun.

it was shallow this trip 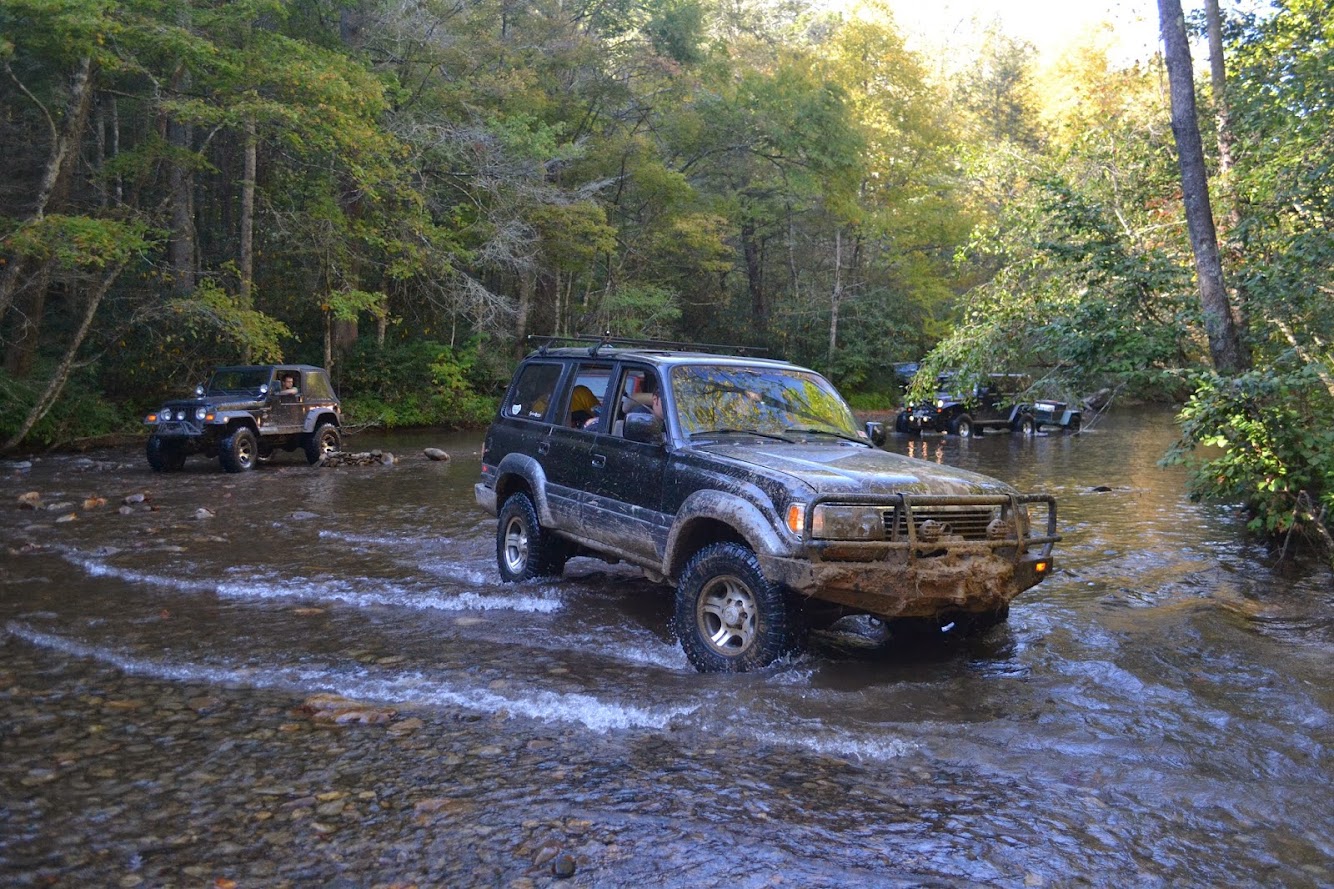 We setup camp that night and had some good food. I had a great time guys, and hope to do it again!

If anyone else has more pictures post them up.

SUPPORTER
#31
jimbo92 said:
you didnt even mention the sweet swimming hole...everybody was a wuss and wouldnt swim in the cold mountain lake with me...i swear that geocache was in there somewhere
Click to expand...
note to self, I will always pack my swimsuit no matter what from now on. haha, boy did it look COLD! I think the fisherman said 64*?

LIFETIME
SUPPORTER
#32
So it appears that Larry's trailer prevented him from going on any of the trails? or just no pics?

SUPPORTER
#33
WolfGT said:
So it appears that Larry's trailer prevented him from going on any of the trails? or just no pics?
Click to expand...
He wasnt there on friday when we did the first two trails. He did stay back at the bottom of the overlook trail, but he ran everything else saturday. Hes in a few of those pics.

#35
Im looking in trips direction with that gopro footage!! :smile:

SUPPORTER
#36
Rudy00 said:
Im looking in trips direction with that gopro footage!! :smile:
Click to expand...
Coming soon Fall 2014 ... I have one more customer project to finish up then ill be able to work on that footage.
Last edited: Oct 17, 2013

SUPPORTER
#37
finally got to wash the jeep yesterday a little. I left for a fishing trip last Wednesday so I didn't have time last week. I didn't realize how muddy my jeep was. Those last mud holes we went through when trying to find the campsite Saturday night were like concrete mud.

#39
Some great footage and pics! I feel like I should be on Acid with that soundtrack lol