SUPPORTER
#1
Well, we had a great trip full of challenges and fun times. We finally were able to stay in the Oak Lodge Cabin and it worked very well for our large group. The weather was less than perfect, but it made for some challenging trails. 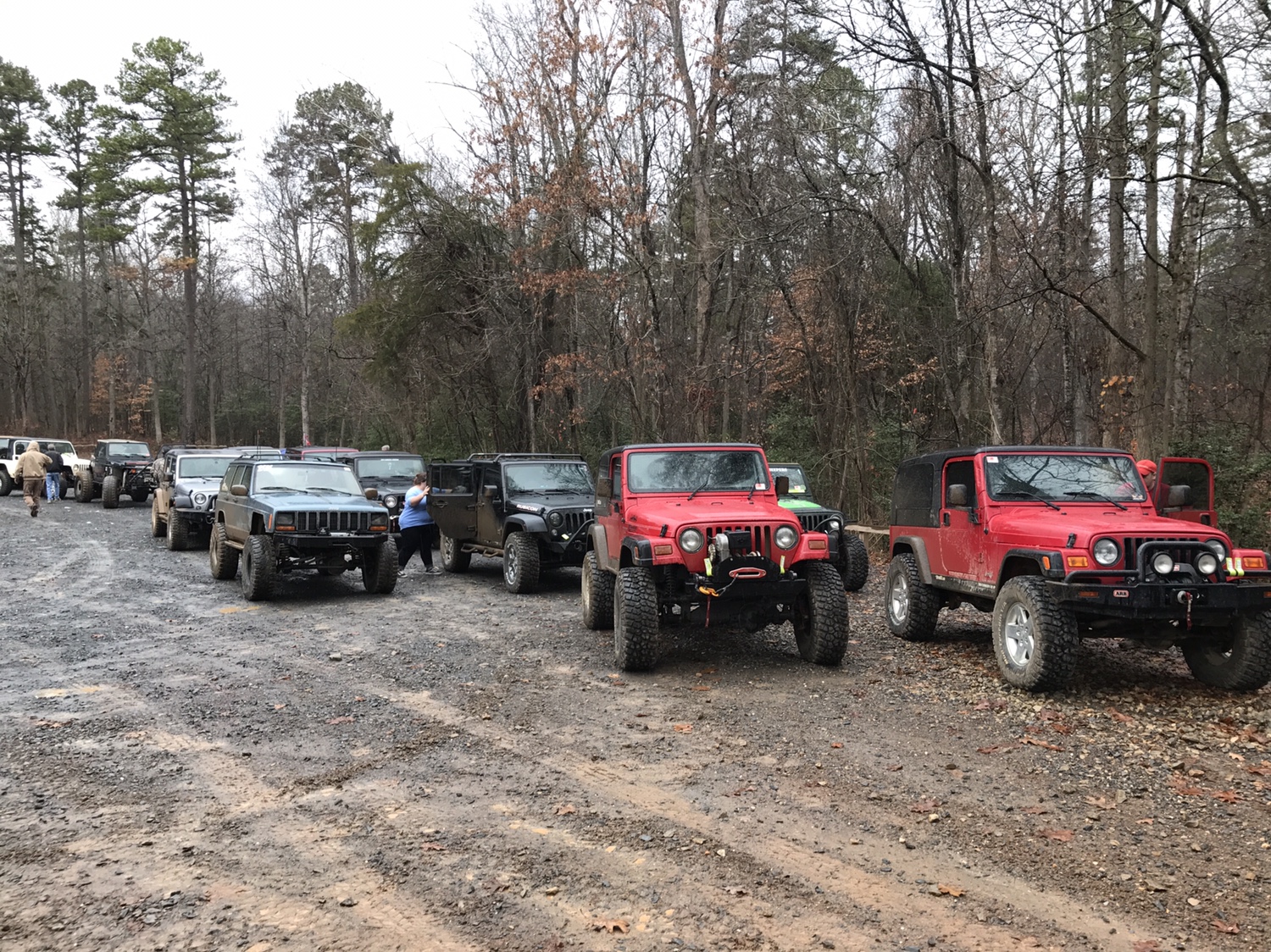 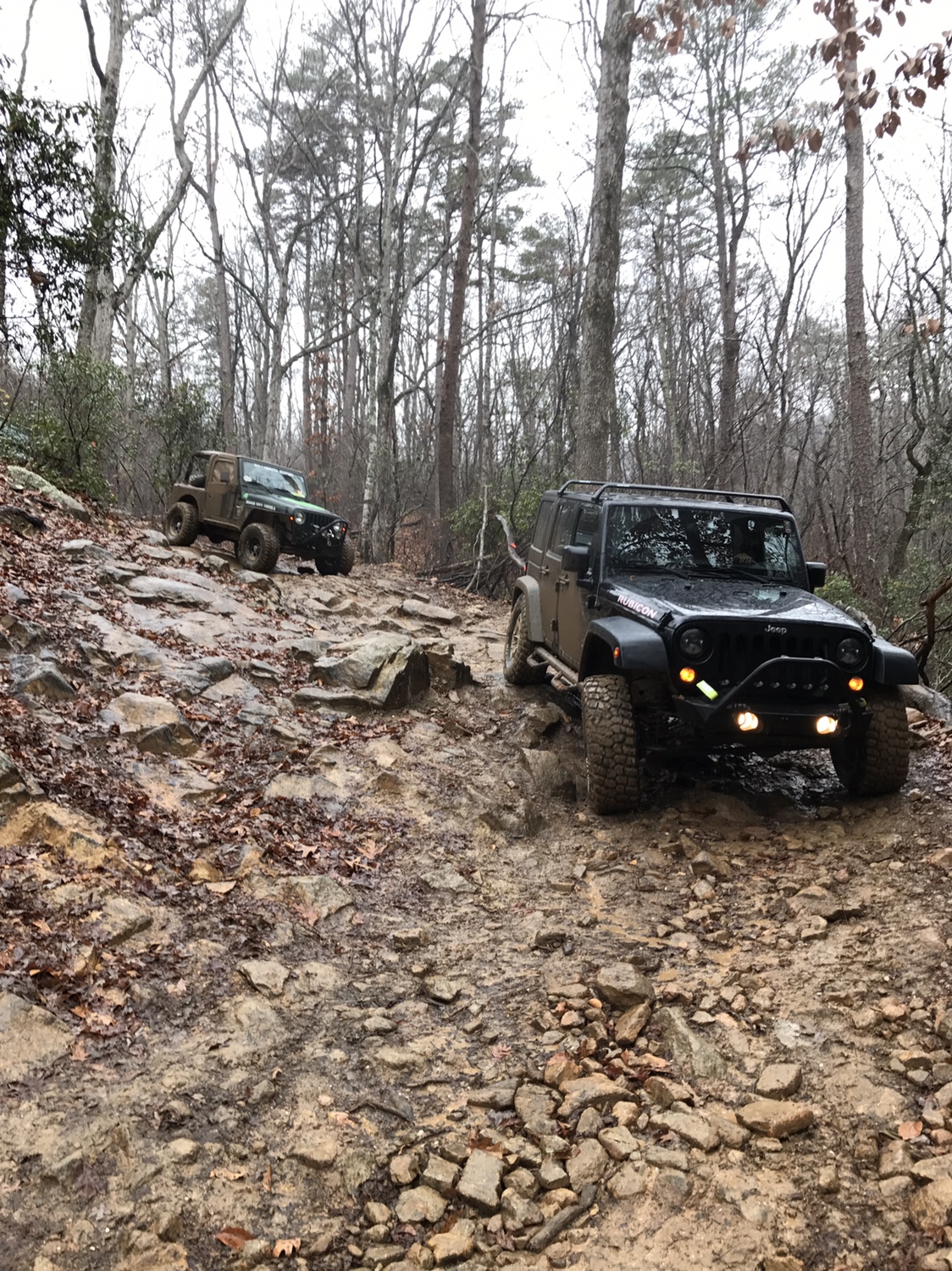 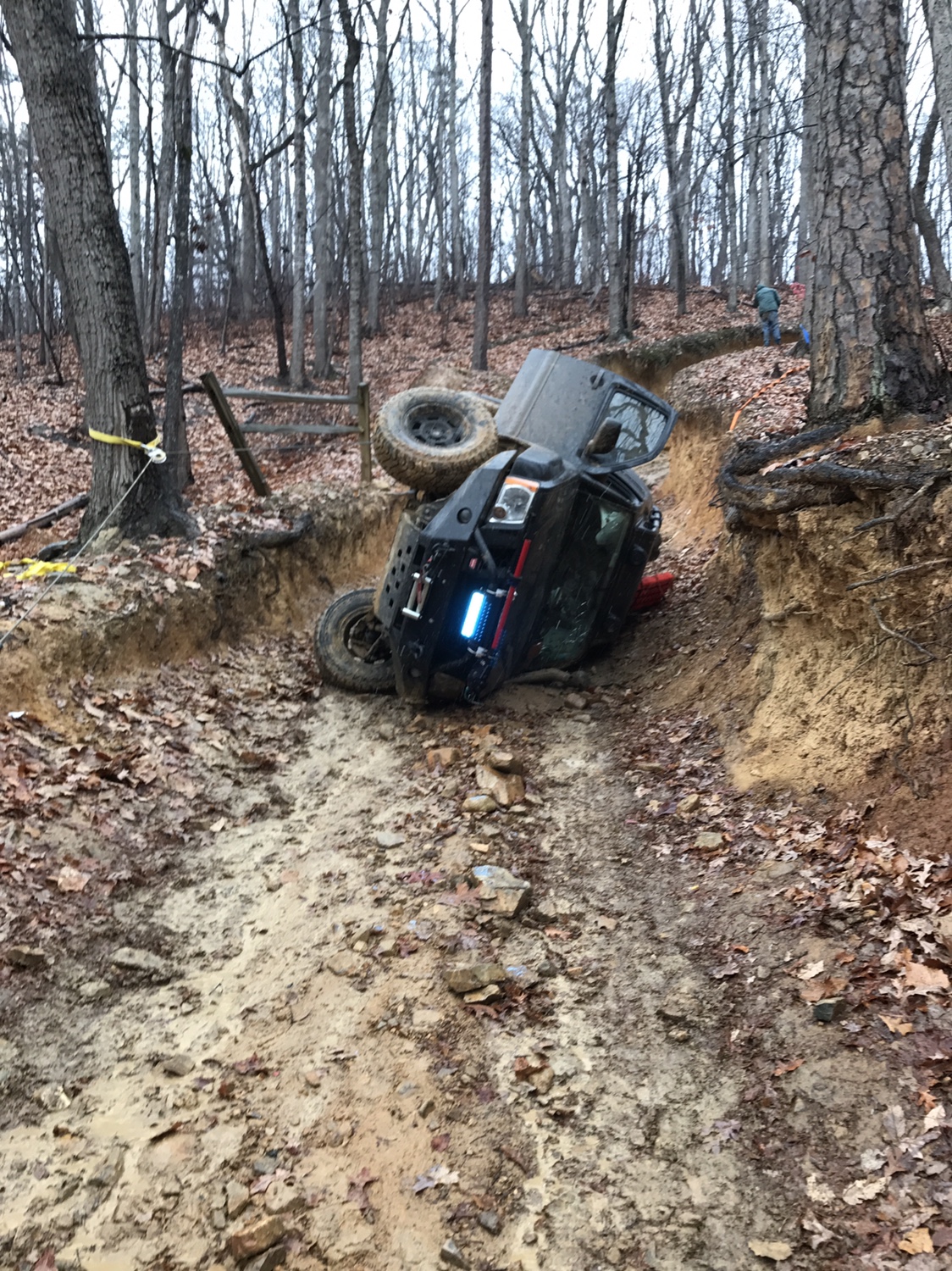 Sent from my iPhone using Tapatalk

SUPPORTER
#3
You posted no pictures of what I saw on Facebook of guzzy damage.


Sent from my iPhone using Tapatalk 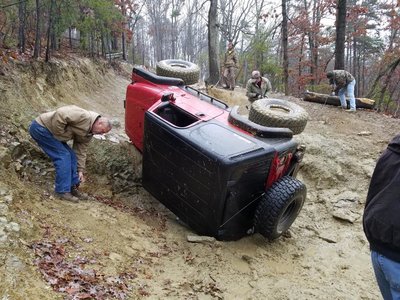 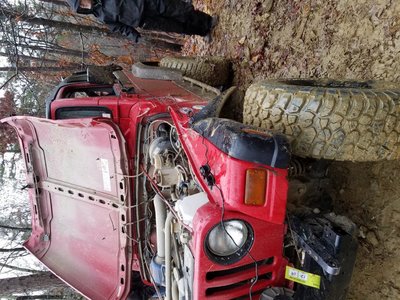 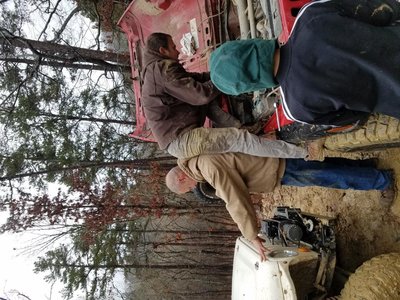 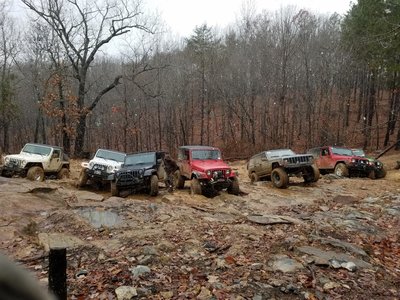 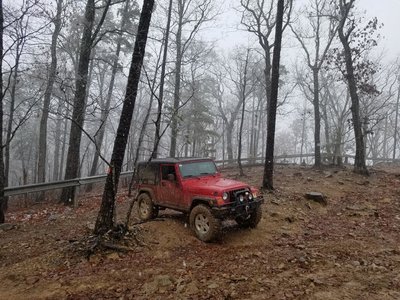 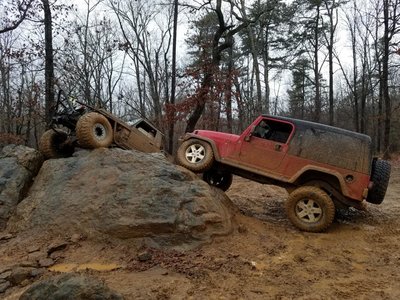 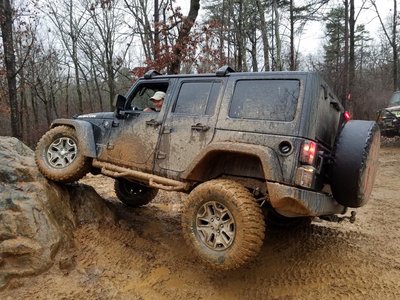 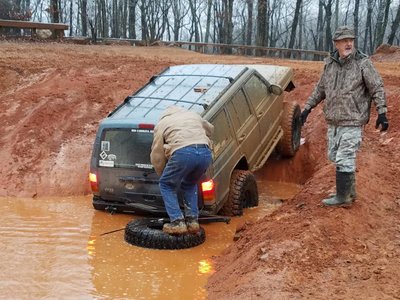 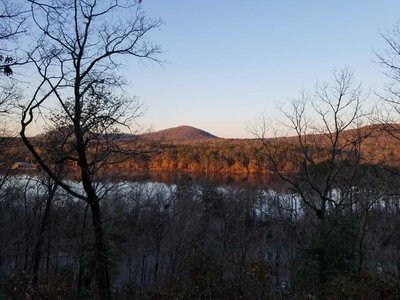 LIFETIME
SUPPORTER
#6
We got up to Eldorado a little before 10:30, gassed up and headed to the double parking lot. There we aired down, unloaded the trailered rigs, and started on Rocky Mountain. It was cold and raining a little, and already very wet.

The first obstacle you come to this way is what they call guard rail hill. It's a decent little climb, but nothing really to it.

We continued on to Saw Mill, Slab Pile, and Wolf's Den on the way to Dutch John. In some of the higher elevations of the rain changed to sleet. As we were nearing the entrenched hill climb, I saw what appeared to be an ATV light bar, facing back at me, on its side. As I got closer I realized it was an Xterra on its side, facing me (see Brooks' pic). I radiod for Brooks to come up and everyone else stay back while we evaluated the situation. It started snowing. We tied off the back of the rig up the hill, used Brooks' winch to pull it onto the bank, and mine to slide it sideways on two wheels until it cleared the bank. The owner then cut the air bags and drove it the rest of the way down. We waited for a group to come down, then continued up the hill with no issues.

At this point, we took the shortest route to gravel and went down to the start of Dickey Bell, what they call Little Daniel. I hurried down to the cabin and made sure we could get in, caught back up to the group and went through little Daniel. It took some spotting for those with 33s, and momentum for those with 35s, but no issues. We turned around and headed to the cabin to get warm.

That night we had burgers, fries and cookies. While we were sitting around that evening, discussing the xterra rollover, somehow rolling 4.0 jeeps was discussed. Miller was telling us that rolling to one side was fine, the other side would fill the cylinders with oil. Little did we know that would come into play tomorrow.

Saturday morning we got up, had our coffee and breakfast casserole (thanks to Mrs. Mosier), and headed to Daniel. It was already sleeting. There's a few new holes before you even get to the ledge that required a couple tries and some momentum. Brooks was hanging back making sure everyone got through, and I went on to the ledge. I put the front end up on a few different lines but the back didn't even try to climb. I backed off and when Brooks got there I motioned him to go ahead. It started snowing. He hit it pretty hard a few times, and got the back tires right to the top, then slid, left rear in the hole, and over it went. After making sure he was ok, I radiod for Miller to come up to winch. When he got there, I asked which side it was ok to flop on... "Wrong side!".

So, we winched Guzzy over, picked up some parts that came out where the window used to be, and rolled it back so he could clear the oil. #6 Was full.
Last edited: Dec 15, 2017

LIFETIME
SUPPORTER
#7
After Brooks got running again, he tried the ledge another time or two. Dad tried the middle and was denied, then went up the right side, started sliding dangerously, hooked up the winch and drove out. A few others tried unsuccessfully, and nobody wanted to deal with winching in the snow, so we went back and planned to come in from the other side and meet up with dad.

We ran into a group having issues in the slick clay on the back side of Daniel. Most of our crowd (all that tried) got through, met up with dad, ate lunch on the slab, then went to the three line hill climb. Most of the group went down the easy side and back up their choice of lines. Did I mention it was snowing and I didn't want to screw with winching? :roll: Anywho, Hal broke a shaft which pressed out the ball joint and his wheel fell off. While that was being repaired, Jody winched out. Then, Hal winched out.

Then we had some amazing Brunswick stew, cornbread, and rotel dip.

Sunday morning we got up, cleaned, and headed to the outpost for breakfast.

This was the most fun I've had at Uwharrie in a long time. Yes it was cold and wet, but it never poured down rain, and it's a lot more fun than dry and dusty. I was very glad we had the cabin though. 22 degree nights would not have been fun in the campground.
Last edited: Dec 15, 2017